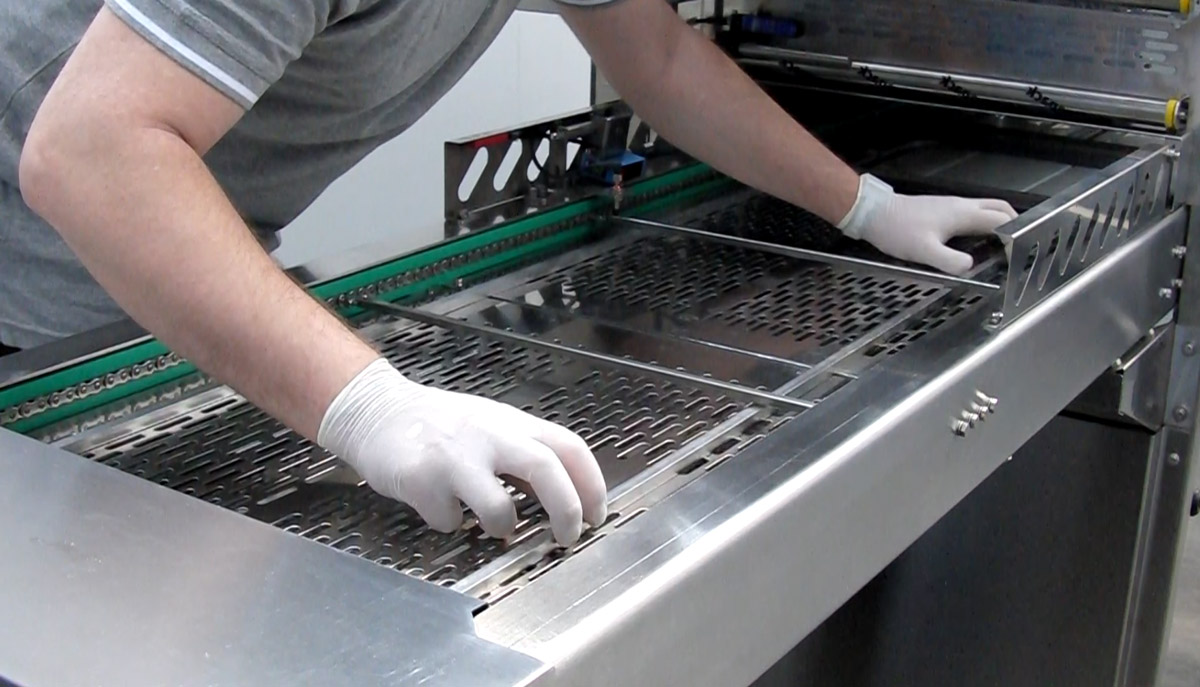 Revenue from packaging equipment manufacturers shows an additional increase of 9.4%, to 7.85 billion euros. Sustained growth in both Italy and international markets confirms the leading position of Italian industry in the world.
Production of packaging equipment in Italy has confirmed its position as Italy’s most dynamic manufacturing sector.

The industry, which occupies the first place by the share of total export of capital goods (24.4%), consists of 631 companies, which are mainly located along Via Emilia, the road leading from Milan to Rimini, and additional territorial production complexes are located in Piedmont, Veneto and Tuscany.

In terms of technology and market share, the sector is fighting for global leadership with Germany, and it accounts for a quarter of global equipment exports.
The industry is showing continued growth, ending 2018 with a total revenue of EUR 7.85 billion, up 9.4% from last year.

Growth continues to be robust both domestically and internationally.
Sales in the domestic market compared to the previous year increased by 10.7% to 1.6 billion euros, while exports amounted to 6.2 billion euros, showing an increase of 9%.

The European Union remains the most important market, accounting for 38.1% of the total turnover (2.05 billion euros). The four largest markets for Italian manufacturers are in the EU countries of France, Germany, Spain and the UK. Asia ranks second with 1.024 billion euros (a decrease of 8% compared to 2017) and 19% of the turnover.
The largest markets in Asia were China (8th overall), Japan (11th), India (16th) and Indonesia (19th).

An important North American market was in third place with an indicator of 741.3 million euros (13.8%) and an increase of 25% compared with the previous year. This result was due to excellent performance in the United States, which showed an increase of 31% to 676.4 million euros, they accounted for more than 90% of total exports to the region.
The next are Central and South America (552.7 million euros; 10.3%), where Mexico and Brazil are among the leading markets; European countries that are not members of the European Union (518.6 million euros; 9.6%), where the Russian Federation is in 7th place; and Africa and Oceania (492.1 million euros; 9.1%).

Looking at the breakdown of turnover by various client sectors, it is obvious that food and beverages retained their dominant position and in 2018, they accounted for 55.3% of the total turnover.

At the bottom of the rating was the segment of chemicals and cosmetics with a turnover of 291 million and 284 million euros, respectively, export performance was also among the lowest – both 75%.

With regard to the breakdown of turnover by Italian domestic sales and exports for each client sector, food remained the segment with the largest share of domestic sales, and the highest export volume was among other things.

“Given the decline in orders in the first quarter of this year, we are cautious in making forecasts for the current year. Markets are unstable, and the geopolitical situation in many countries is constantly changing, ”said Enrico Aureli, president of the Italian packaging industry association Ucima. “But given the recovery in order picking in the second quarter, we hope to maintain or slightly improve the excellent level of business we achieved last year.”