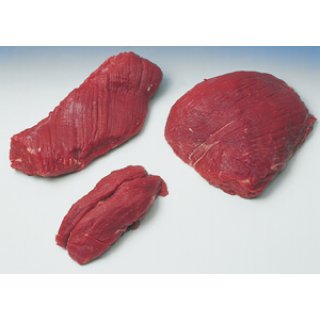 According to Rabobank’s report, global meat market prices will be under pressure next year due to the growth of supply. While global meat consumption continues to rise, a supply-driven and more competitive market will create challenges for producers, putting pressure on prices and margins.

The meat industry representatives may also come under additional pressure due to a number of issues related to the decreasing antibiotics use, environmental requirements and growing retailer competition. However, the growing pressure is creating not only challenges but also new growth opportunities for the producers and processors that read the market changes well and respond swiftly. They are likely to respond by strengthening supply chains and increasing transparency, Rabobank says. “The onus is very much on producers to mitigate the concerns of consumers, particularly around animal health and welfare issues, by adapting their production models and supply chains. This is a challenge which will continue to be a major theme in 2017”, Justin Sherrard, Rabobank’s analyst said.

China will continue to exert a huge influence on global meat markets in 2017. This country increased pork imports to record levels of 2.7 mln t in 2016, and experts forecast that these import levels will remain constant next year. Beef and poultry imports are also expected to rise (particularly, beef imports from the US are expected to start in 2017). However, in 2017, the growth of pork consumption in China will begin decreasing to less than 1% till 2020 (in 1996—2005, the annual average consumption growth was 4.3%, while in 2006—2014 it was 2.8%), because the demand for this type of meat by families with moderate and high income has already been satisfied.

In the US, meat production is expected to continue growing, but consumers’ appetites are being tested as record levels are reached. The strong dollar and uncertainty over future trading relationships with China and Mexico create potential headwinds for American producers (the US is currently the world’s largest exporter of pork to China, excluding the EU). Rabobank predicts that the poultry market in the US will grow by 2—3% in 2017 versus 1.5% in 2016, the pork production — by 2.5% in 2017 versus 3% in 2016, while beef production will increase by 3%.

Due to the production growth in the US and South America in 2017, the global prices of beef are expected to drop slightly, although they will remain above the average of the past five years.
In Russia, according to the results of 2016, the growth of production of cattle and poultry for slaughter will increase by 5% and may reach 10 mln t on a carcass weight basis, Russian Ministry of Agriculture said previously.

According to the Minister of Agriculture, Alexander Tkachev, by 2020, the production of cattle and poultry for slaughter will grow by 10%. In 2016, the average per capita meat consumption amounts to 73.4—73.5 kg/cap. versus 71.6 kg/cap. in 2015, experts say. According to the National Union of Pig Breeders, pork consumption will grow almost to 25 kg/cap., which is a record level for the past 25 years, while poultry consumption will reach 32.7 kg/cap., and beef – 13.8 kg/cap.